Where did the name Ethic Advertising Agency come from? 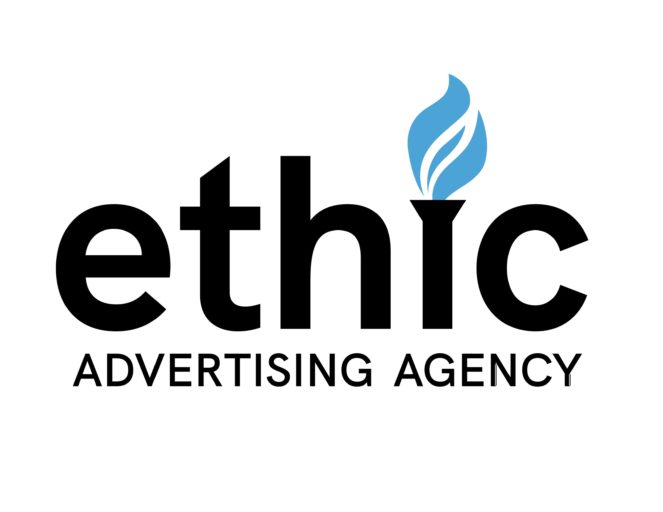 Every time I’m asked this question, I feel a little pride in my younger self. Picking a company’s name is very similar to selecting your child’s name. It’s an exciting, but stressful process that eventually you have to make and hope you adorned them with the right title. The reality is, only time will tell if you made a good or bad decision. I made a great decision with Ethic Advertising Agency (“toot toot” goes my own horn). I do, however, have one negative that nags at me about the name, but let’s discuss how I landed on Ethic Advertising Agency to begin with.

As I set out to create my advertising agency’s name, I started with a group of prerequisites that the name needed to embody.

The name needed to be bigger than me. Many ad agencies are named after their founders. I am not crave the limelight, so I had no desire to have my own name in the title. I also wanted to have something that could outlast me. Businesses don’t have a clear expiration date, but people do. (A bit morbid, but true.) Lastly, I was naming an ad agency. Advertising is an industry of creativity, so I thought our name needed to be creative as well.

The name had to evoke chatter. I wanted a conversation starter. Something that would make people want to ask about its origins. Oh boy, does this happen a lot. I would say that 75% of clients, vendors, and freelancers ask be about the name, Ethic Advertising Agency, at some point. I’ve even had multiple new prospective clients admit that they’ve contacted us partly because our name peaked their interest.

The name had to be a strong representation of the company. Since I set out to build a company that could outlast me, I wanted a name that clearly represented the culture of the agency. Ethic Advertising Agency does that, but it also goes beyond representing our company. It forces the culture to remain true to the meaning of the name. It’s harder for a company’s staff to be unethical if the company is named Ethic.

Figuring out my prerequisites was easy compared to cramming them into a few words that achieved all of them. My list of company names grew to 75, but nothing seemed right until I had a true “a-ha” moment.

As I was formulating the launch for Ethic Advertising Agency, I was working as an account executive at KDKA-TV (a CBS O-n-O station in Pittsburgh), and had just submitted a detailed avail (documents that show the stations’ programing, rates, ratings, etc.) to a media buyer. I broke the rates down by month for the entire year to ensure she had the best possible rates for her client every month.

I received the following phone call the same day:
Media Buyer: “Jeff, I appreciate that you tiered these rates, but can you provide rates by quarter?”
Jeff: “I could, but I broke the rates out by month, so you could get the best possible price each month.”
Media Buyer: “I see that, but I just really want quarterly rates.”
Jeff: “Okay, but then you’ll be paying the highest of the monthly rates for each respective quarter.”
Media Buyer: “That’s fine. I just don’t have time to go through everything by month.”

After we hung up, I was frustrated. I knew that she was probably overworked and truly in a time crunch, but the buyer was going to knowingly use higher rates for her client’s buy. It wasn’t right, it wasn’t fair, it wasn’t…ethical. And “pop” goes the light bulb over my head.

My agency wasn’t going to intentionally work our employees into the ground, but instead energize them to produce better quality work. We were going to build a culture of taking care of our clients and provide resources and a framework where situations like this were not the norm. We would be an advertising agency built on ethics. We would be Ethic Advertising Agency.

“Ethic Advertising Agency” covered all of my prerequisites, which have held up over the last 6 years. I’m asked about the origins often, it’s unique, it represents us, and it is a name that can live forever. Seems perfect, and I think that overall, it is perfect to me. The one negative is Search Engine Optimization (SEO) value.

The topic of ethics and advertising is well documented across the internet. The search competition is higher for this combination of words than Swartz Advertising Agency, or a made-up, catchy word like Swadvertising. Overtime, we’ve grown our online presence, but we could have done it faster with a more unique name. That said, I still love the name Ethic Advertising Agency and what it embodies. To me, the many pros outweigh the singular con.